Broadcast Legend Of The Year Award: “The Myrna”

The Myrna, signifying the Broadcast Legend of the Year, is awarded to a member who has made extraordinary contributions to the organization in time, effort and talent. 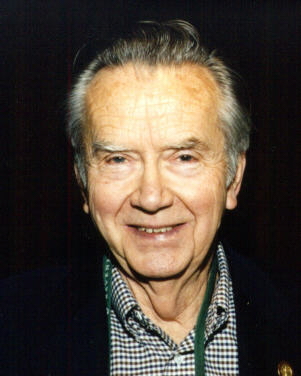 “In appreciation for donating a phenomenal amount of time to the organization, producing programs with audience-attracting stars and themes, expanding membership, engaging productive volunteers and constantly focusing on our main purpose … fun!” 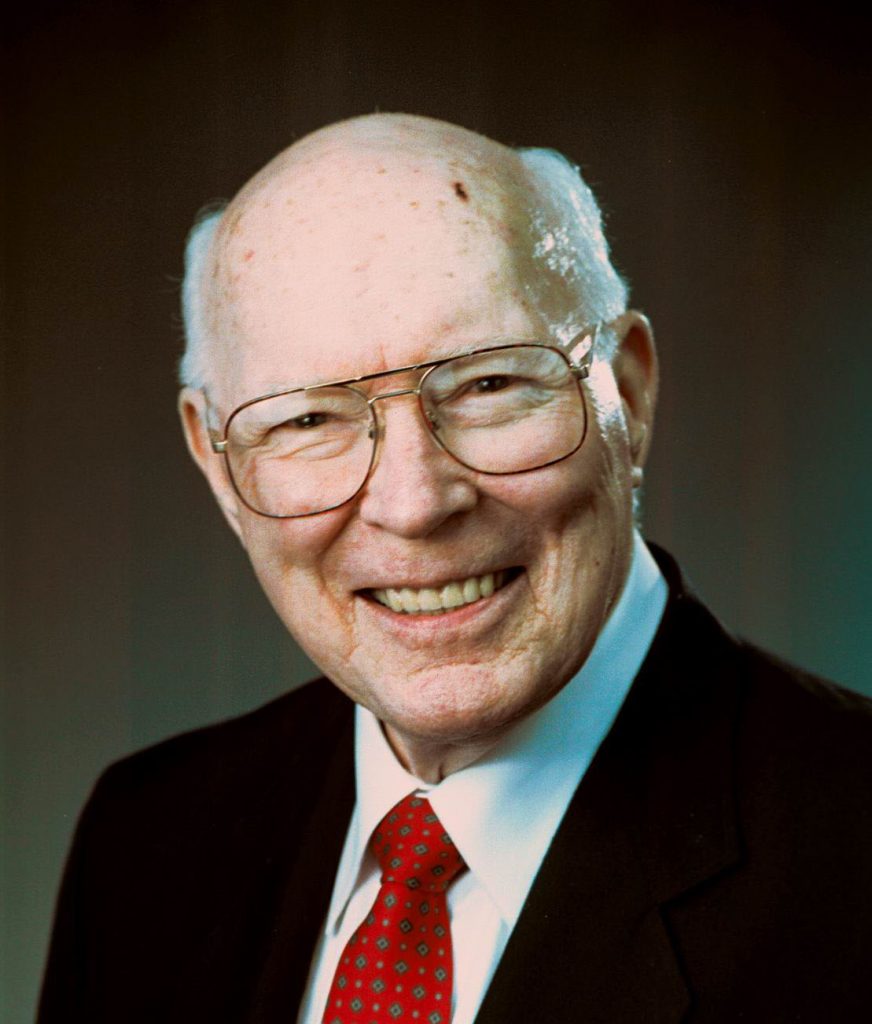 “In appreciation for donating an extraordinary amount of time, producing outstanding newsletters and many other designer print items, maintaining voluminous data bases, staging special functions like “Sunday in Sonoma” and constantly focusing on our main purpose: fun” 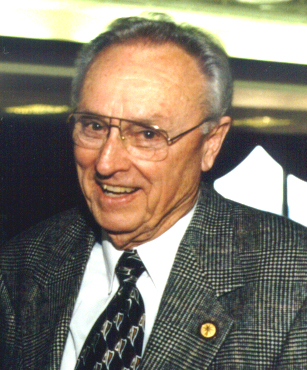 Founding Member (one of the Original 4); Chair of the Core Group; Lunch MC; Leader of The Legends. News Director, KSFO Radio. 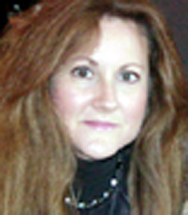 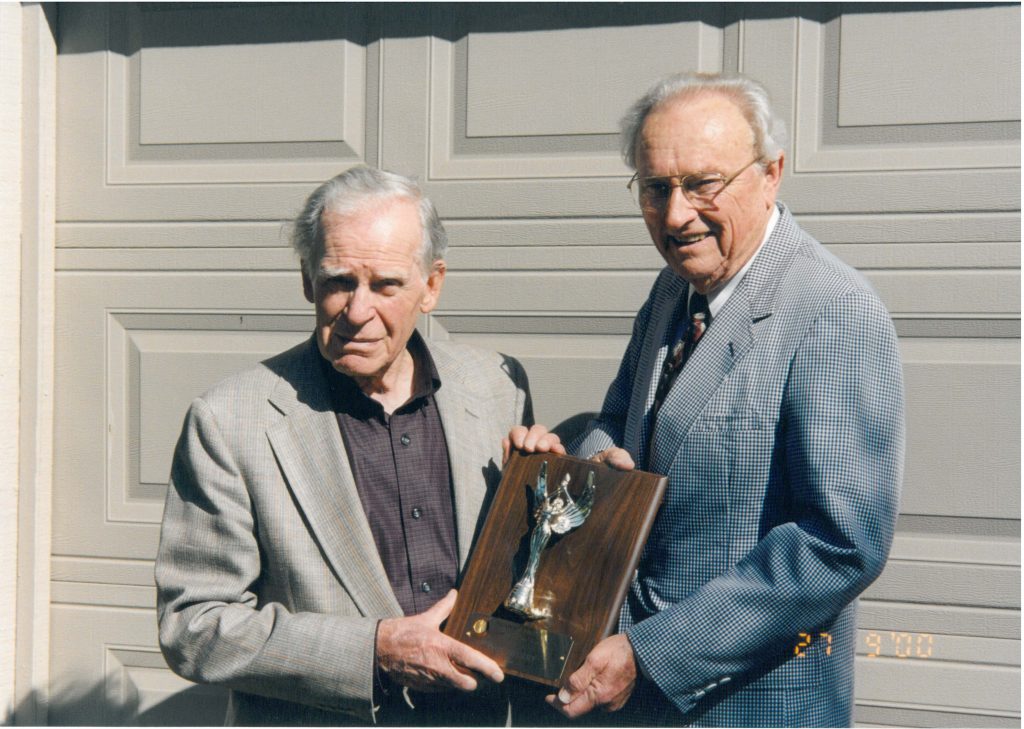 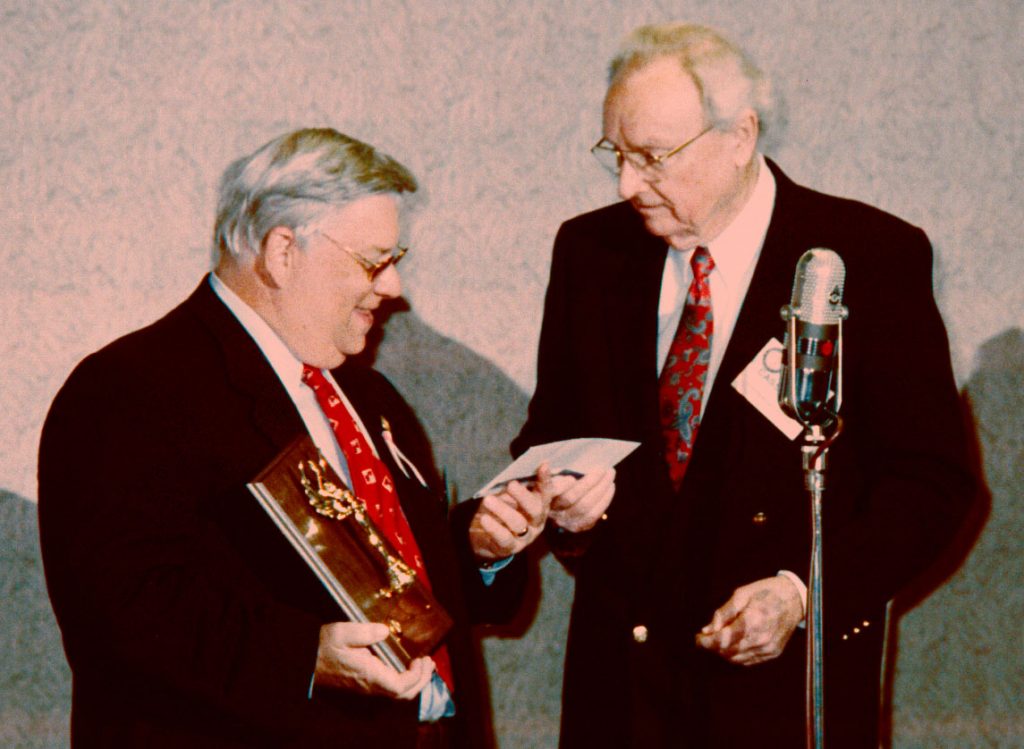 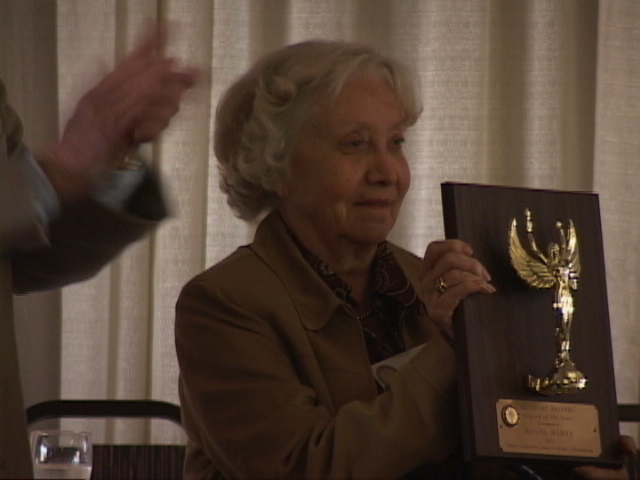 The first woman news anchor in the West and second in the nation. “Girl on the Beat,” The Noon News, KPIX. Member of the NATAS Silver Circle. 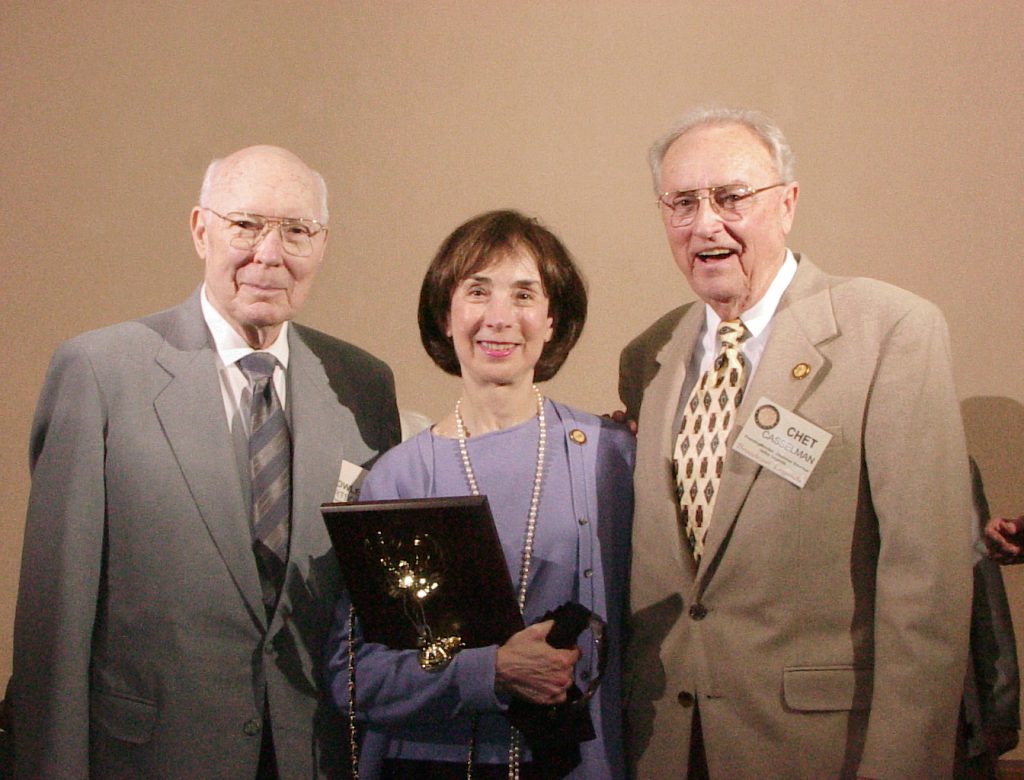 Merla is the editor of the Nob Hill Gazette and is remembered as a panelist on the ABC-TV show Oh My Word. Her real claim to fame is the final proof reader of the Legends newsletter. Her plaque reads: “Merla Zellerbach, who saves our collective asses.” 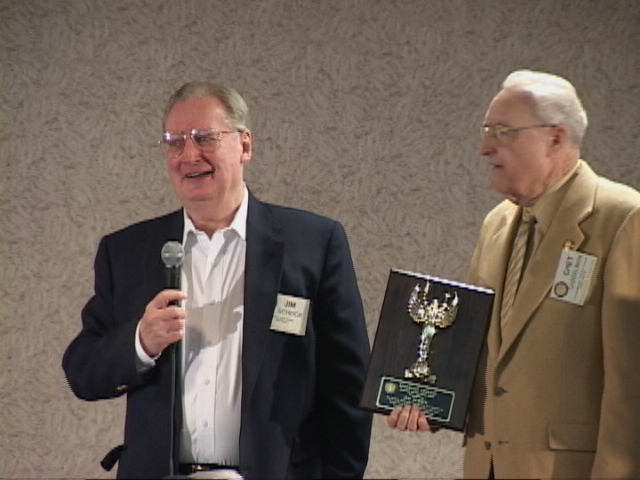 Jim Schock is the Legends Core Group Secretary. Writes the wonderful “boy stories” in each edition of the newsletter and writes the newscast that opens each of our quarterly lunches. A former TV news reporter, producer and executive, Jim is also a novelist. 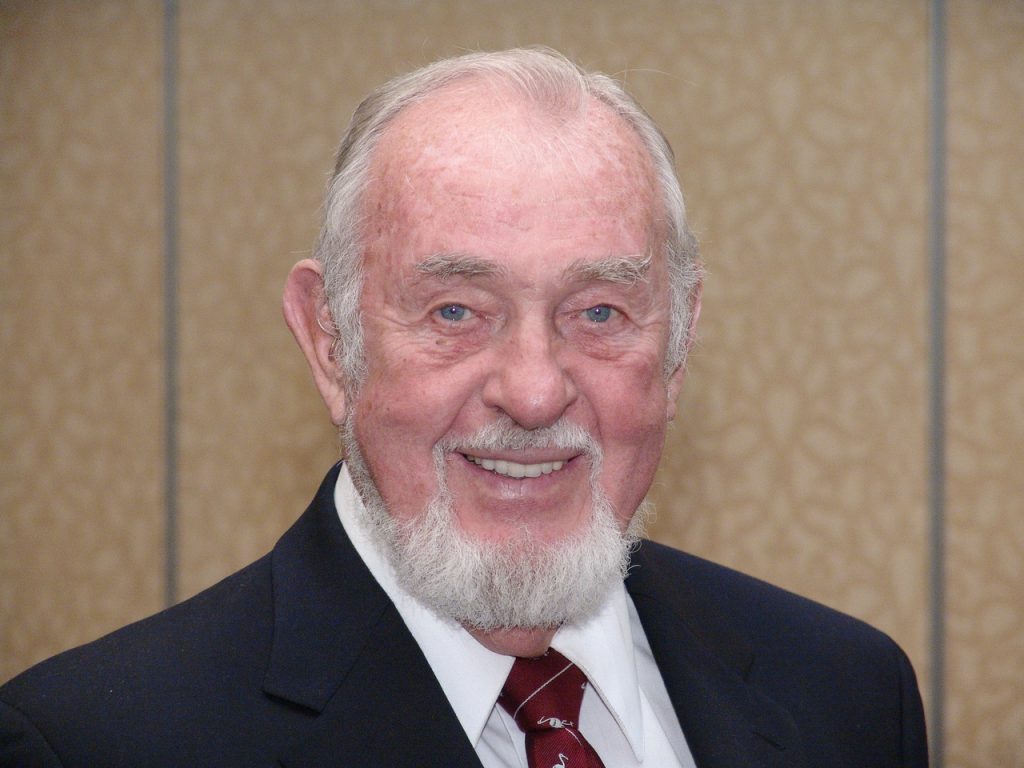 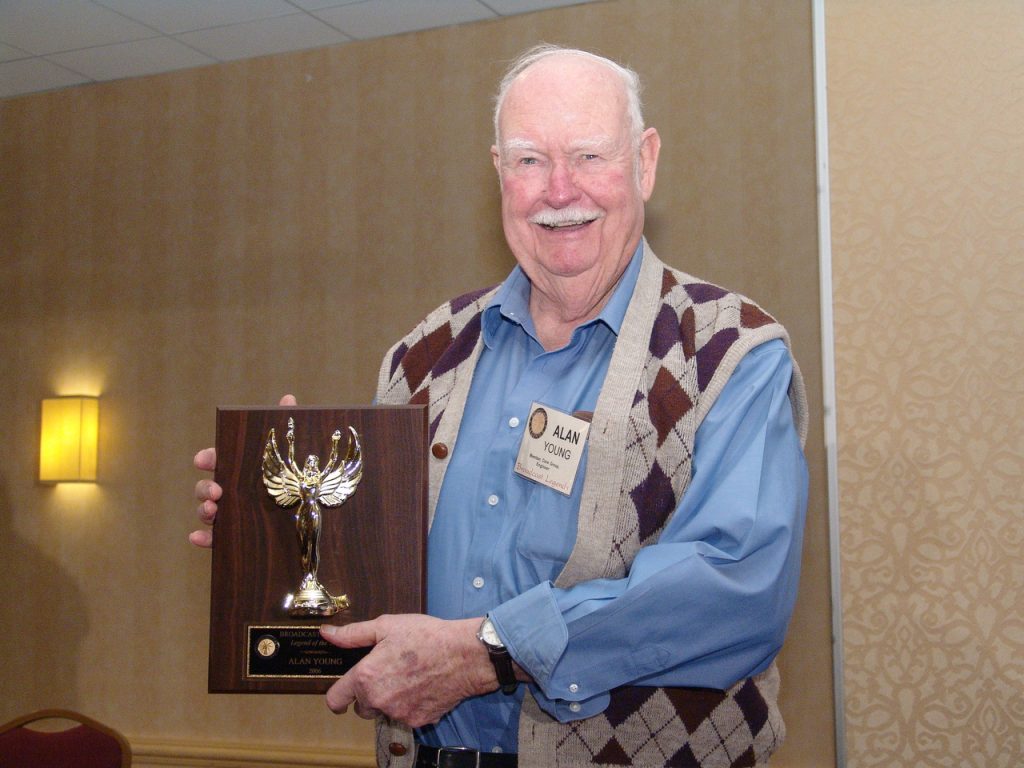 Alan Young is a member of the Legends Board of Directors and Luncheon Engineer for many years. 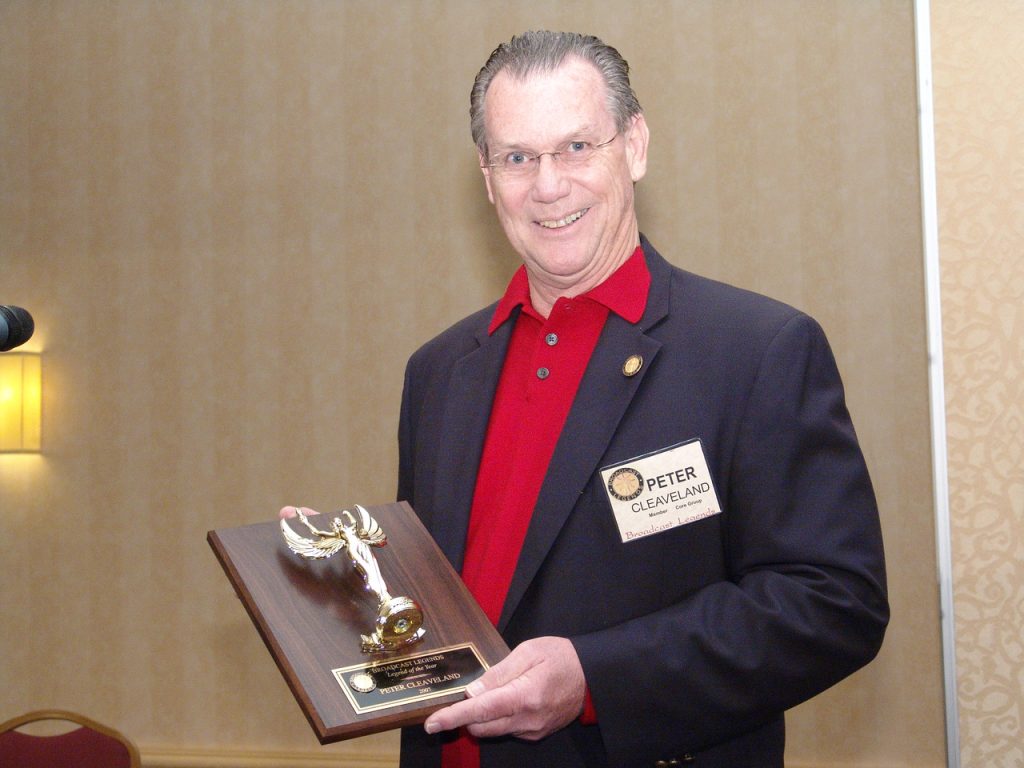 Peter Cleaveland is the Legends Vice President and luncheon producer and MC.  He also performs with the Old Time Radio Players.  Peter was a reporter for ABC News and worked as an AFTRA rep for many years. 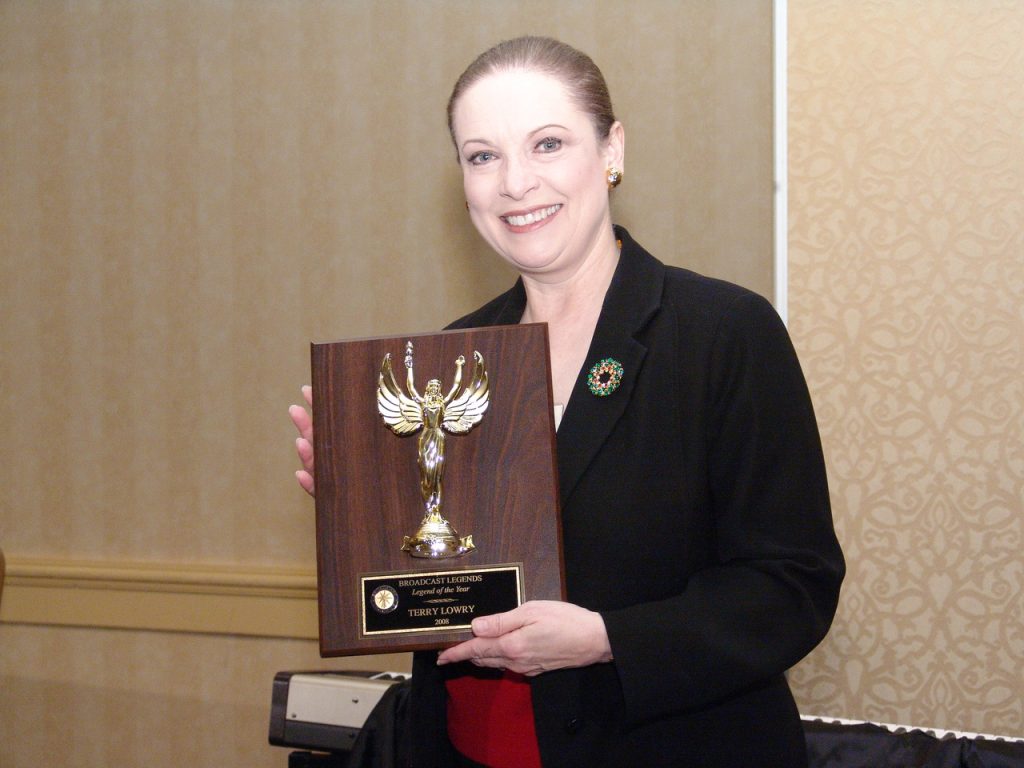 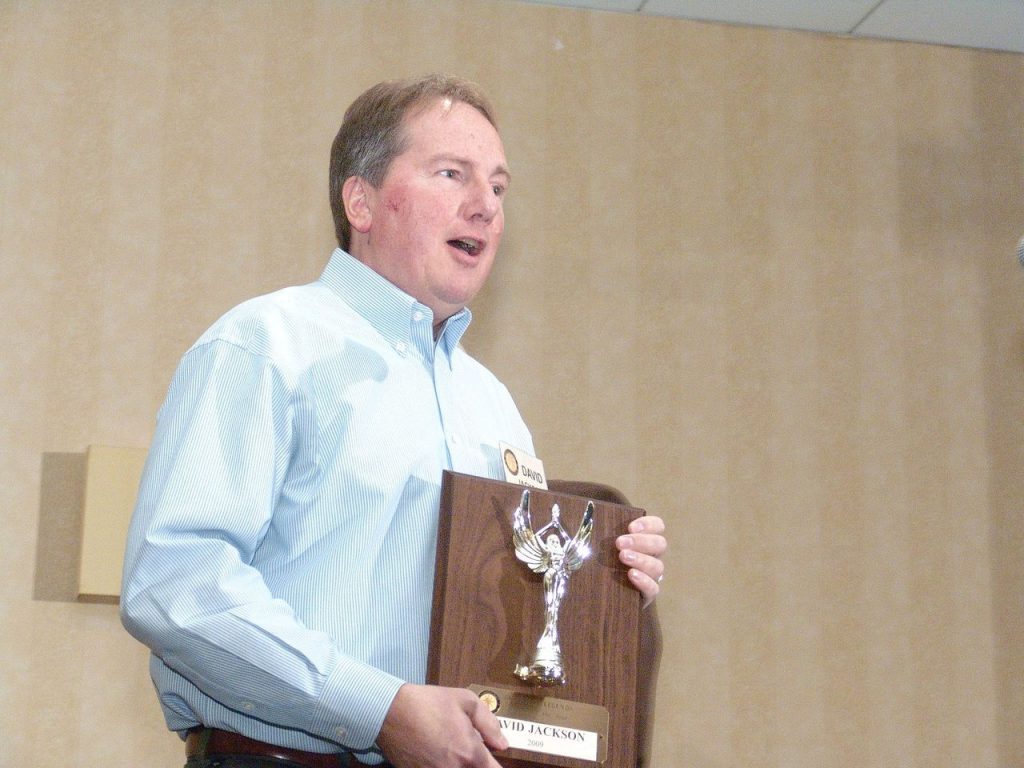 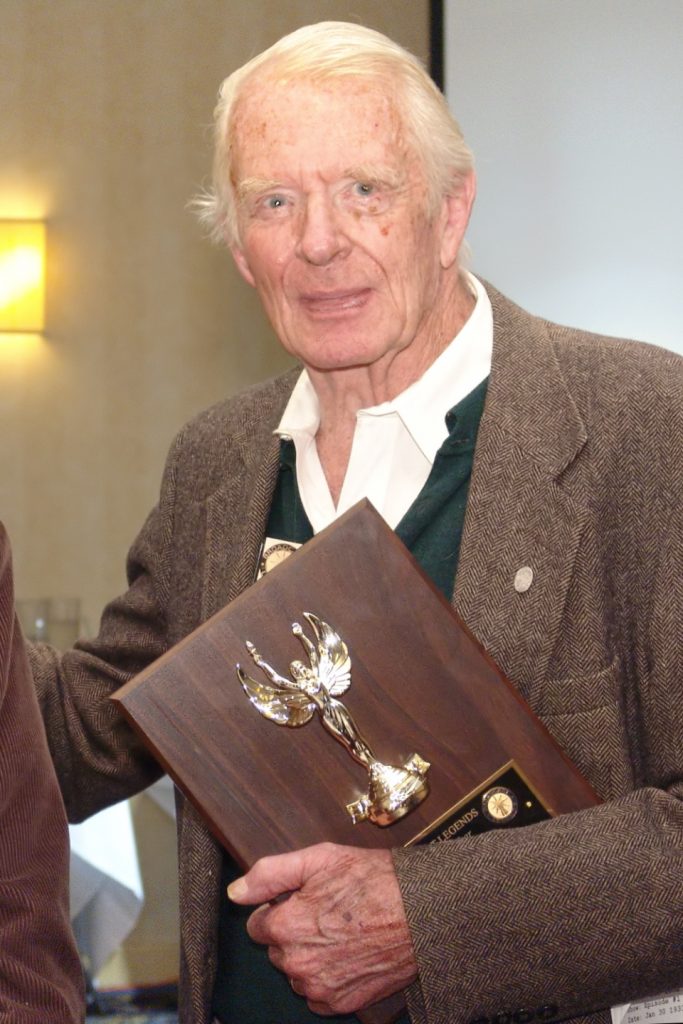 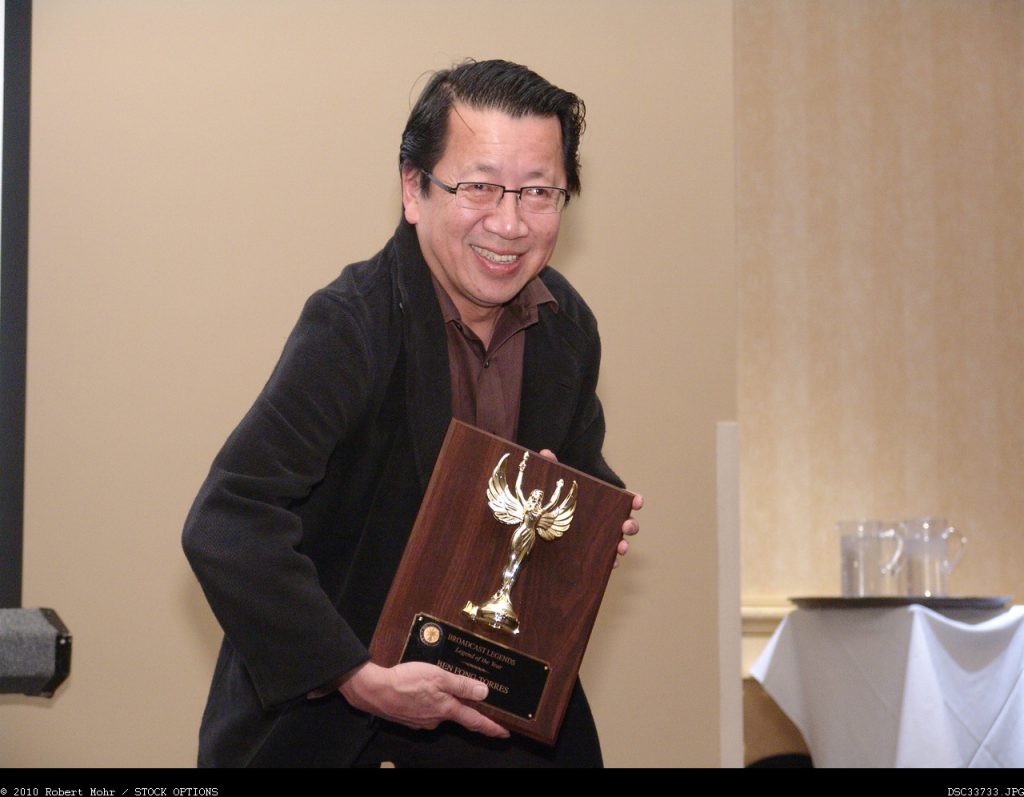 Ben Fong-Torres writes Radio Waves for the San Francisco Chronicle.  He has hosted many of our luncheons as the interviewer or moderator as well as performing at our annual holiday parties.  Elivs is in the room. 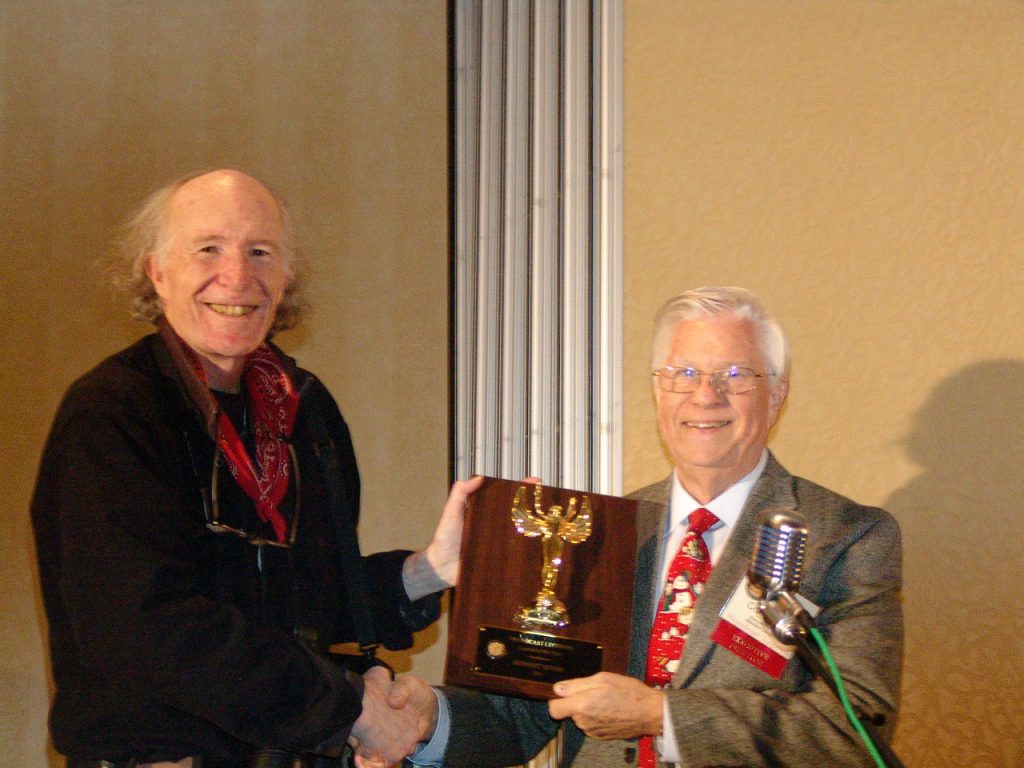 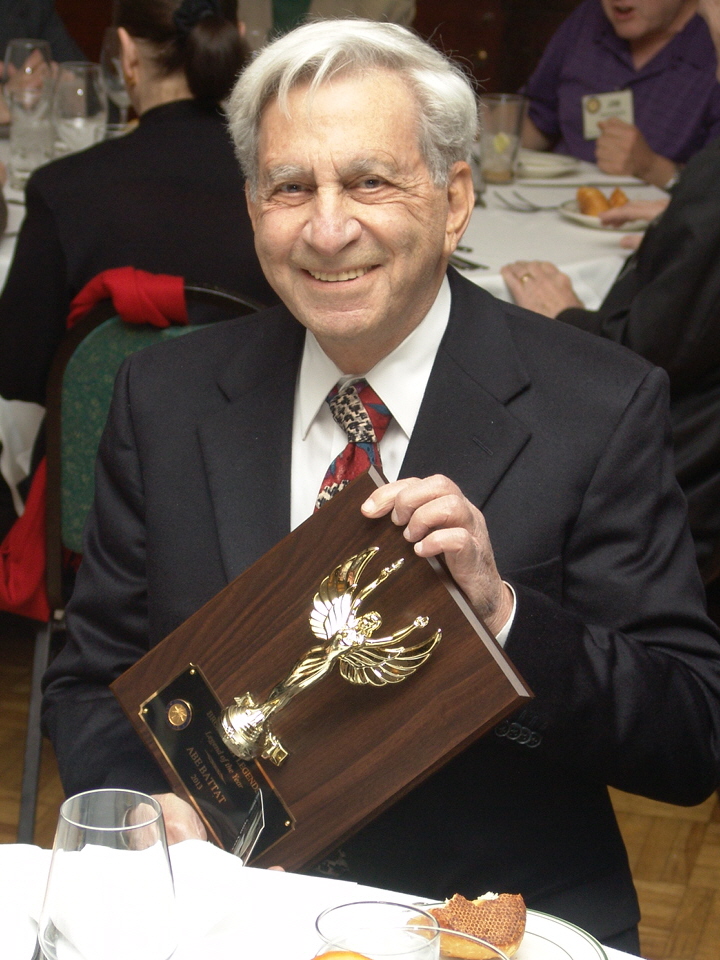 Abe Battat is the first call for San Francisco Society entertainment. Abe was the featured pianist and bandleader at the Westin St. Frances Hotel’s beautiful Compass Rose Room from 1972 to 2000.  Abe is a favorite performer at our annual holiday luncheon.  Abe writes an original song each year highlighting the luncheon. 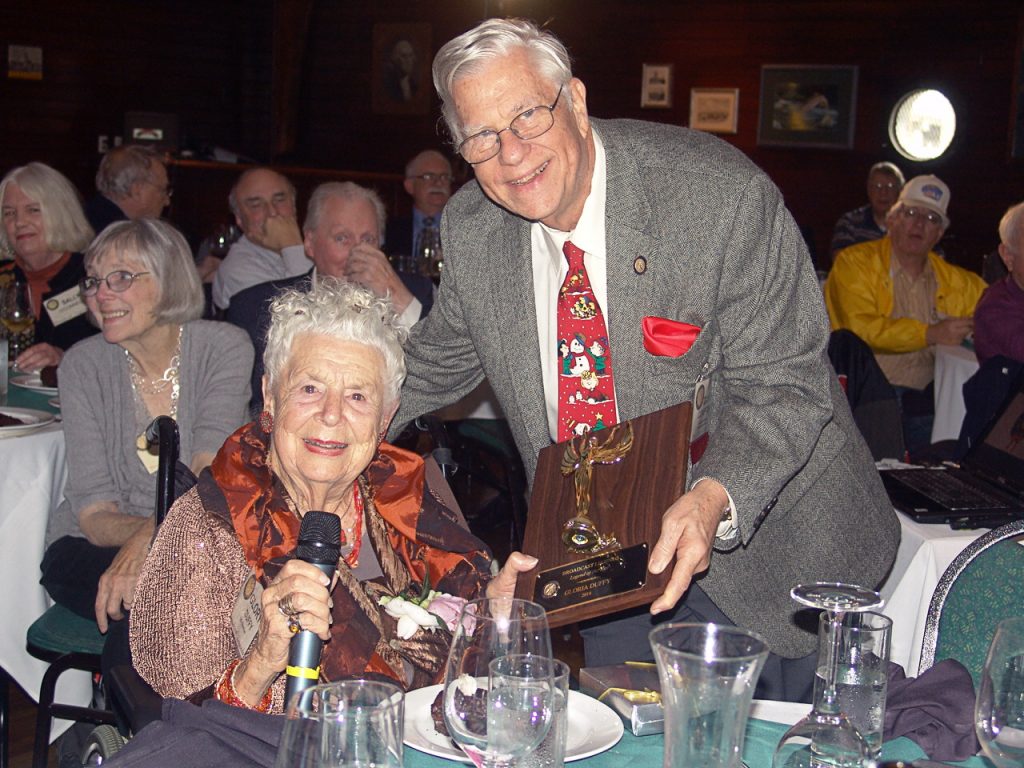 Gloria Duffy is a Life member of the Legends and never misses attending the Legends quarterly luncheons. 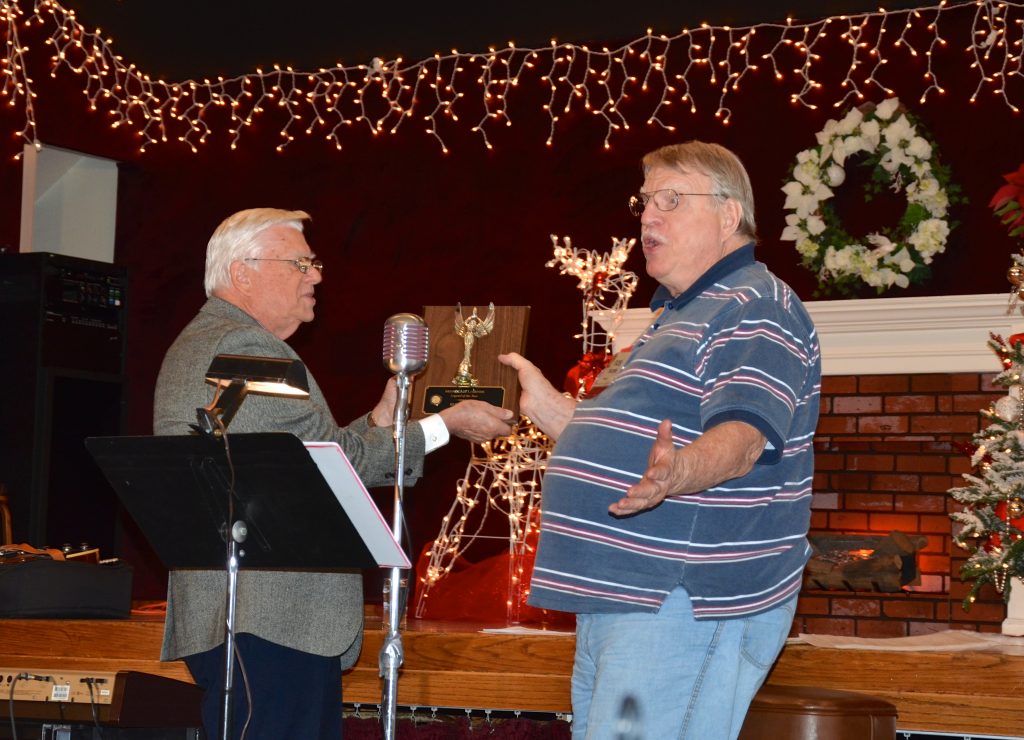 Bob Brown is a member of the Legends Board of Directors and resident audio engineer for our luncheons and Old Time Radio Players. 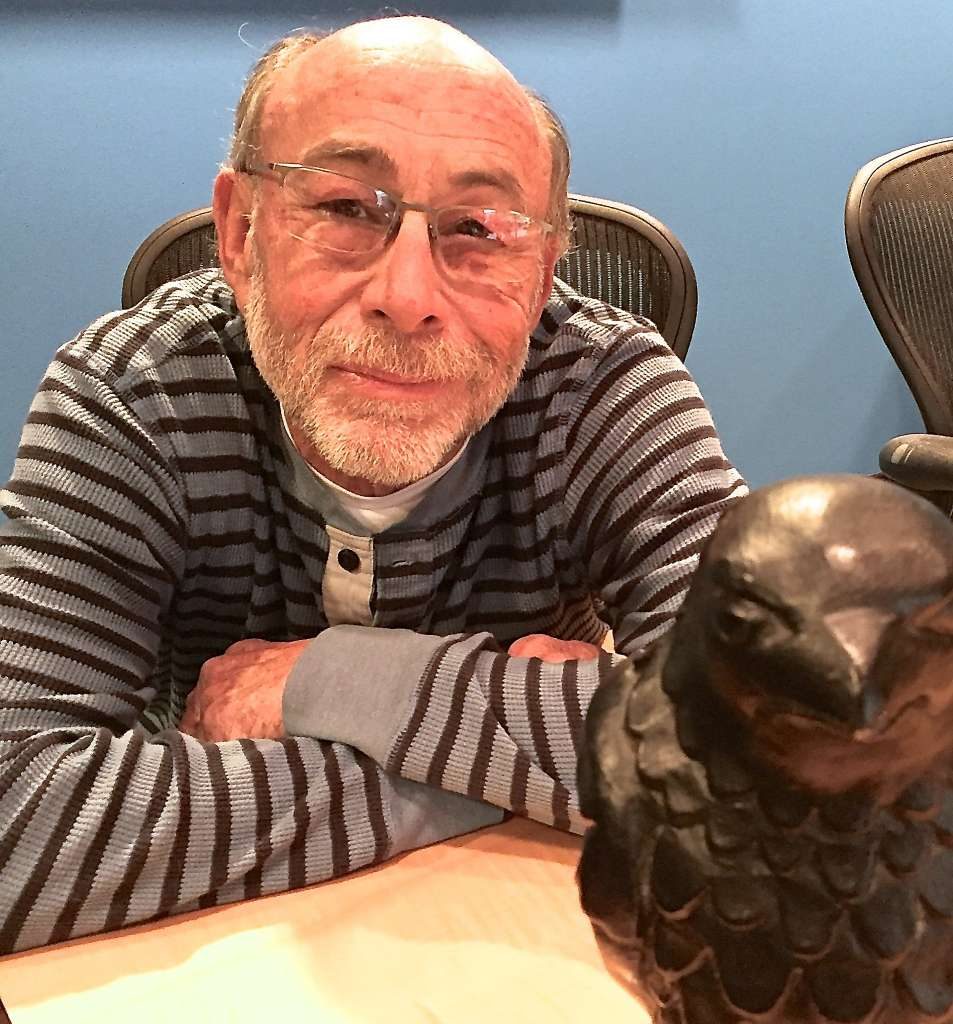 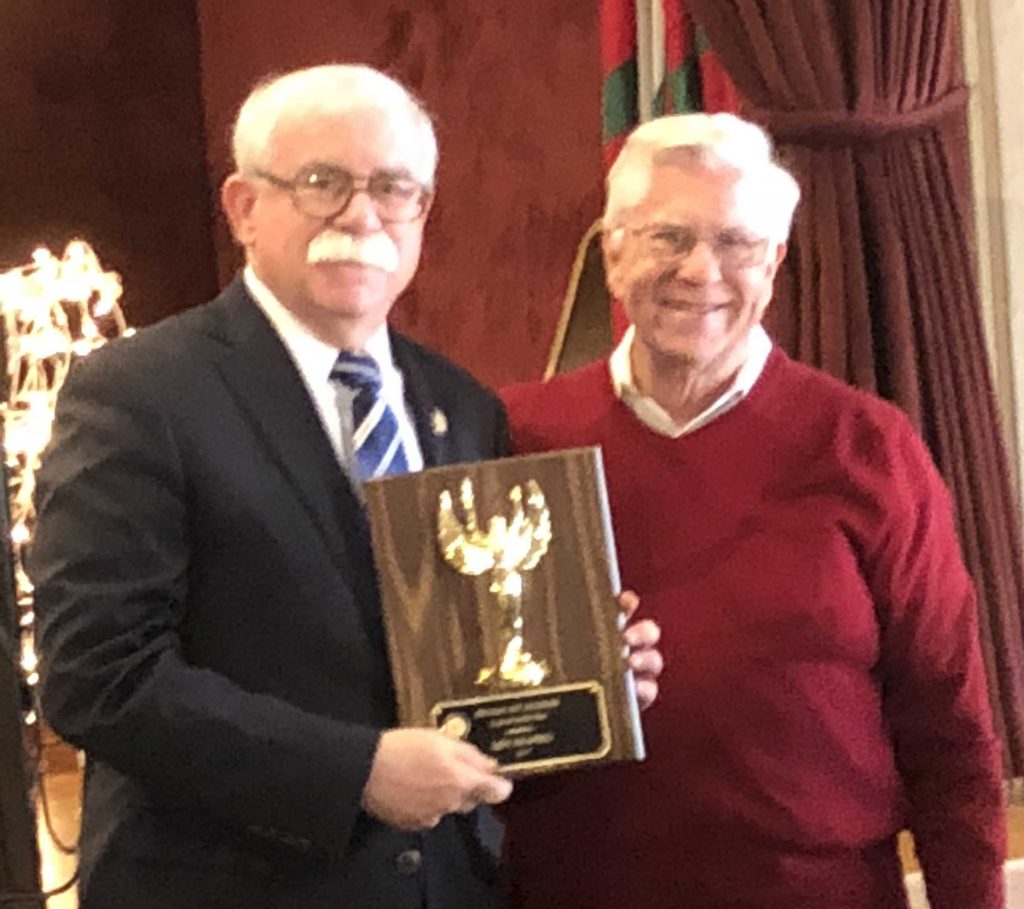 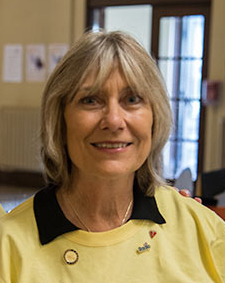 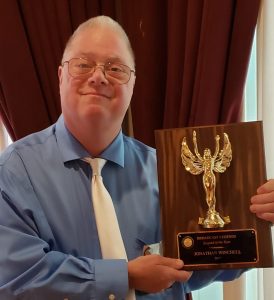 Jonathan Winchell got involved with CHRS and then started hanging out at Broadcast Legends luncheons taking photos as folks arrived.  He is now our official photographer and Legend of the Year 2019.