Spring is in the air, and the Mighty Legends Old Time Radio Players will be on the air at our next luncheon on Tuesday, March 26, at the elegant Basque Cultural Center in South San Francisco.

In addition to hanging out and catching up with your favorite friends and colleagues from Bay Area radio and television, the Legends radio troupe will present a live re-creation of an episode of “The Lone Ranger.”

Featured in the cast of “The Lone Ranger” will be Dave Parker, who performed on the original radio program, which debuted on Detroit’s WXYZ back in January 1933.

The program spawned several motion picture sequels, a long-running comic book series, dozens of novels and, beginning in 1949, an ABC-TV series starring Clayton Moore as the Lone Ranger and Jay Silverheels as Tonto. 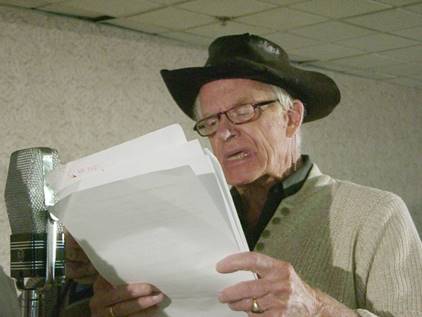 Following the “live broadcast,” Ben Fong-Torres will take the stage with Dave Parker for a discussion of his life and times in and out of broadcasting, plus a Q&A from the audience.

Grab a friend (or five) and join us for the festivities — click here to make your reservation now!

« Fogheads To Unite For Legendary KFOG
The 2018 Legends Holiday Spectacular! »
View more posts from this author